Let Me Tell You Where We’re Going

Okay, it’s true. I have a bit of a prejudice. But I’m here to tell you, those stories you hear are true. Border Collies are scary smart.

But first, a bit leading up to the episode of brilliance.

I spent an impromptu weekend playing some CPE agility this past weekend. Impromptu because I was originally only entered for a few runs with Brady on Saturday. I’d entered the trial months ago with Brady and Camm, but only entered Brady in a few runs and had intended to spend the weekend running mainly Camm. Then she got broke.

I had withdrawn Camm, but never got a refund. I figured I’d get it this weekend. So I headed up north a little ways to play with Brady in three runs on Saturday.

It’s been six weeks since I’ve done an agility trial with any of my dogs – and since I was occupied as a trial chair at the last event and my head wasn’t in the game, it’s really been more like eight weeks. Plus, we’ve not done that much practice since one instructor has been out of town and I’ve skipped several lessons with another instructor due to Camm’s vet appointments – scheduled and otherwise.

I was less than enthused to head out on Saturday for the trial and almost bagged. I didn’t feel even the tiniest twinge of excitement or anticipation. Truthfully, it felt like a chore to be headed to the trial.

As a result, I got there late and missed the walk-through for the first course I had scheduled with Brady. But I watched a little bit and picked up a course map and saw how the course worked, therefore selecting my handling plan in my head. Plus, I really didn’t care. I just figured we’d be rusty. We had a couple of off courses, but Brady didn’t really know that and the errors were mine from being unable to walk and take note of certain spacing issues.

Here’s the thing. Brady was so happy and excited to be at the start line and doing AGILITY! It was infectious. We then had two really stellar runs later in the day that magically followed the exact vision I had when walking the courses and making handling decisions. It appeared our mojo was back and it felt mah-val-ous.

Never thought I’d see the day when I’d come home feeling all good and relaxed because I just spent a day doing agility with Brady.

Because I had such a fantastic time with Brady and with friends, plus a couple of friends were debuting their newest up and coming agility dogs and I wanted to see that and support them, I asked if my credit from Camm could just be used for day-of entries on Sunday with Brady and Youke. Thus, I took the entire gang up with me on Sunday.

Camm and Jasmine came to support and cheer-lead the boys. In Camm’s case, I think she was convinced that she was finally going to get to do something. Sadly, I had to inform her she was there to socialize a bit and to hang out in a crate most of the day. Disappointing for her, but at least she got to see a lot of human friends.

Jasmine decided her contribution was to bark, a lot. Highly annoying. However, as she seems to be losing some of her hearing, almost impossible to get her to shut up, which could lead to me losing some of my own hearing.

Both Youke and Brady were excellent. Youke was perfect for the day, qualifying in all four of his runs. He started off a bit ditzy on his Standard run, but regained his focus about a third of the way through the course, ended up with both a clean run and decent time. He did both distance challenges in CPE’s version of Gamblers, although only one was needed and made Snooker feel and look incredibly easy – including a threadle. This is interesting, because I don’t recall ever actively teaching him a threadle, but he’s great at them. Our judge threw down a gauntlet at us as we were on the start line for Jumpers, challenging us to beat a speedy dog that had run a bit previously. I knew we wouldn’t beat that time, but a challenge is a challenge – right? – so I pushed Youke a bit and we nailed a lovely smooth and speedy run.

Brady was not perfect, but only because he got snookered by the threadle in Snooker. Despite that, our connection all weekend was perfect. I think he very much enjoyed having me all to himself on Saturday as the other dogs didn’t come, plus he got to spend it doing something he really likes.

Which leads me to my story.

Photo by Heidi Erland and cropped by me

I noticed a long time ago that Brady scans the arena and the equipment when he sits at the start line. When I first started doing agility with him, he was scanning the arena for the environment and mainly for the location of other dogs. As I worked with him on his reactivity and his environmental sensitivity, as well as on playing the game of agility, gradually, the game became more important. Nowadays, he’s completely into the game.

On days when the run order is tall to small, and he’s the first dog on the line, we’re both a little bit more relaxed. In fact, often times we need to wait for the ring crew to get set up. This is when he has the most time to scan the ring and scan the equipment.

I mentioned this to one of my instructors a while ago and she agreed that there are many dogs that scan the ring and thinks that many of them make decisions about the course right then and there. In the case of Brady and Youke, if it’s a NADAC course set up with a contact/tunnel discrimination right at the start, I’ll whisper in their ears at the start line which one it is that we’re taking. Unless my body language is saying otherwise – which happens sometimes, they usually take what I directed.

On Sunday, I entered the ring with Brady for the Jumpers course as he was the first dog to run the course. But we had to wait for the ring crew to get into their respective seats. It took a while. We didn’t set up at the start line as they clearly weren’t ready for us, instead hanging out closer to the entry gate.

I crouched down as I usually do to softly pet Brady a bit before our run. I noticed he was intently focused on the course. I watched his eyes as he carefully noted the placement of the obstacles. This isn’t really new and I often “tease” him a bit and tell him we’re going to start “in front of that jump and then take that tunnel.” However, this time, we had to wait for a fair bit and I decided to tell him exactly how the course went.

His eyes followed my pointing finger.

His ears flicked forward and he glanced at me quickly.

“Back to those two jumps,” I continued pointing along the course, taking him one obstacle after the either.

Then I pointed to the straight line of four jumps – deceivingly set up to the human eye as a not straight line.

“And that part is ‘GO’,” I said, pointing to the straight line to the finish.

His eyes followed my finger and his ears flicked forward as he turned his head slightly to the right to see. He glanced slightly at me again. “Got it,” he communicated.

Finally the judge and ring crew were ready. We stepped forward to the start line. Brady’s eyes were focused forward, then he looked at me.”Ready,” he said.

The run was amazing.

I’m not saying that my handling didn’t help, because it did and it was spot on, even if if I do say so myself. However, Brady quickly glanced at me at the slightly tricky entry into the third tunnel that I’d warned him about.

“This is the part you were talking about, right?”

The run was a piece of cake after that. Often times Brady struggles with a straight line “go on” of several obstacles in a trial setting. Not this time. I told him “Go” and watched as his right ear twitched back a little bit with the cue and his gaze stayed forward and he sailed without even glancing back at me over the straight line of jumps.

It was magical. Best run of the weekend.

So, I feel like I cheated a bit by telling him the course ahead of time. Granted, it was only some 30 seconds before we ran it, but it did feel like we had a bit of an advantage. My apologies to my fellow competitors.

Still, it was clear that Brady appreciated knowing a little bit ahead of time where we were going. 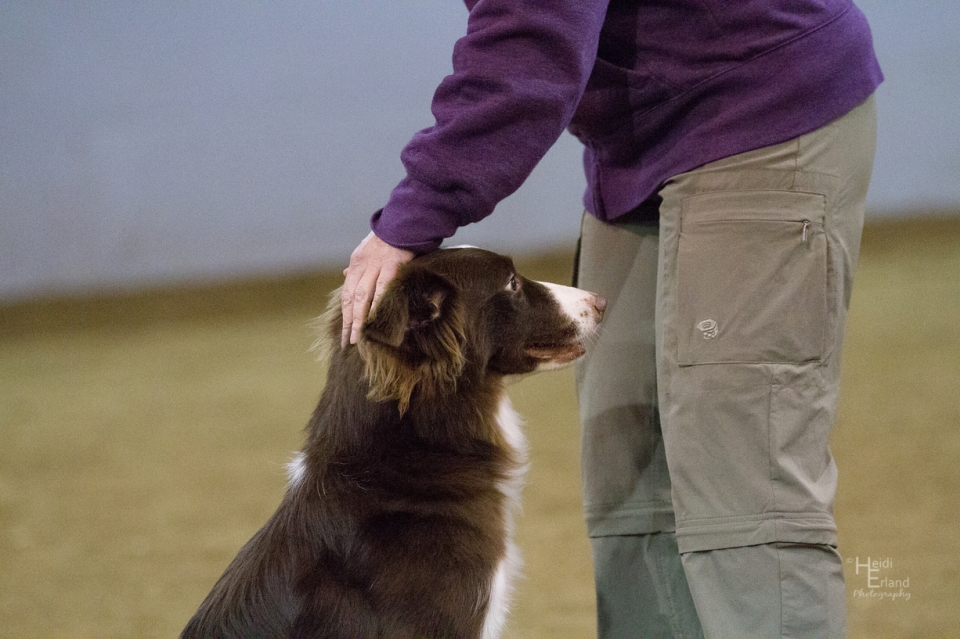 None of these photos are from this past weekend unfortunately as there was no photographer at the trial. However, they all are of Brady and me!

← Adulting. Or Not
Weekend in Pictures →

One Comment on “Let Me Tell You Where We’re Going”