So while this was happening …

The boys were out playing.

These two pictures pretty much describe our entire past week.

While Camm’s broken foot isn’t bothering her in the least, not a tiny iota, she is being drugged (by me) to prevent her from insisting upon doing all of her normal activities with her usual aplomb, vigor and joie de vie. The drugging reduces her enthusiasm about 20% at the most.

Luckily for me, the vet said that the splint and bandage looks good and remains in place. I didn’t tell him about all the activity she’s had that she shouldn’t be having, but he certainly witnessed her jumping on her hind legs to visit with the vet staff, running into the exam room, running out of the exam room, and probably saw her jump into The Living Room on Wheels. Nothing gets Camm down.

She has been highly suspicious of my activities though over the past week and gives me a thorough inspection when I return. No matter how many frozen kongs and new toys, it still apparently does not make up for the fact that I went hiking without her – taking Youke and Jasmine instead, and that this weekend I went to an agility trial without her – taking the boys instead. 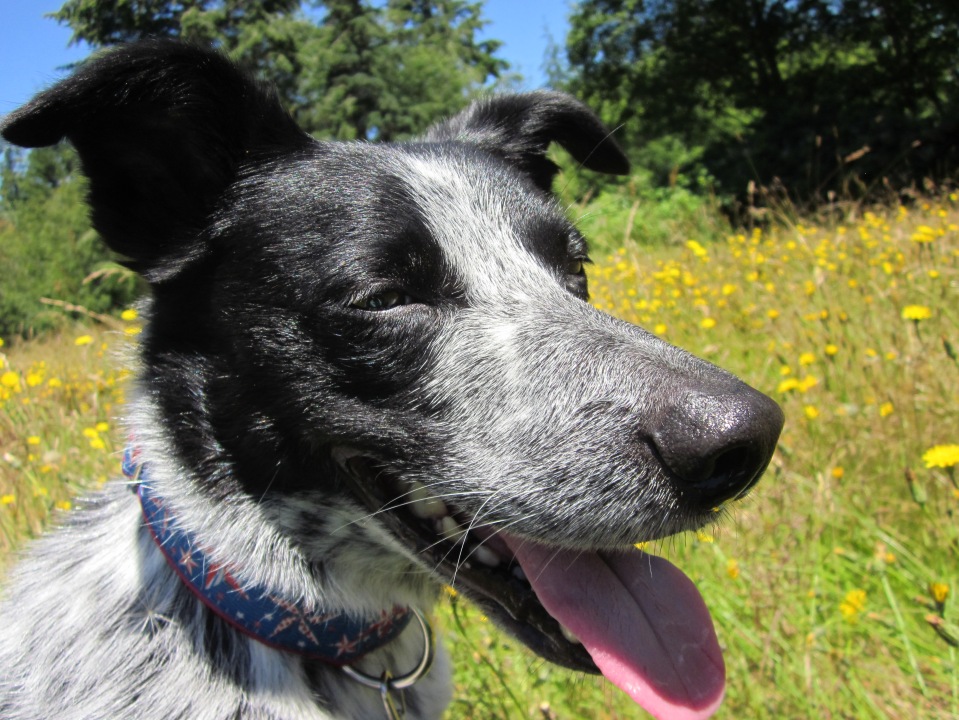 Youke was fantastic this weekend. He was one knocked jump bar away from a perfect weekend in fact. What was most wonderful was not the Q rate (qualifying scores), but that fact that we were so in sync and that Youke was running happy, smooth and efficiently.

Shockingly, after adding up his points from this weekend, he’s now about 3/4th away from completing his C-ATCH 4 title. Apparently this is what happens when you have a consistent partner. Who knew??! Certainly not me before.

However, that will have to wait. This was Youke’s last CPE trial until the fall. I made a vow earlier in the year that if he qualified for CPE Nationals 2017 in the first half of 2016 I wouldn’t trial him at all this summer. We have one trial next weekend, a NADAC trial, and then nothing until September.

On the other hand, Brady was in a grumpy mood Saturday, but ran perfectly, qualifying in all of his runs. On Sunday, he was in a great mood, but was a jerk on his first run of the day in jumpers. 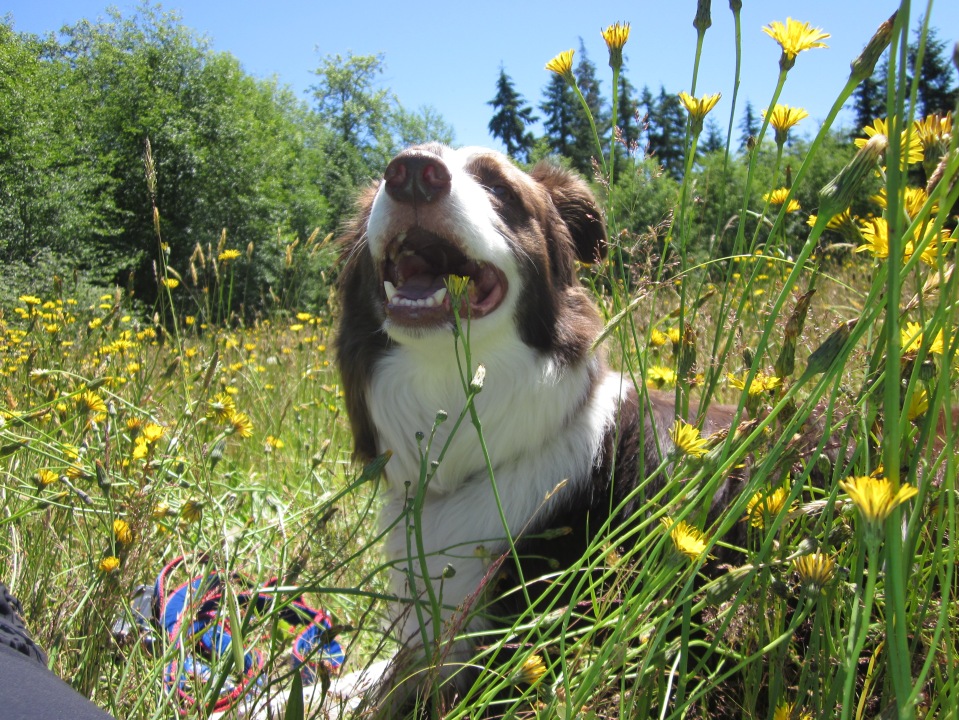 This is Brady after he thought about his choices.

I was excited to run the jumpers course with Brady. It was a really fun course and also lent itself to the distance work I’m doing with him again.  Except, Brady was pissed that I wasn’t running with him, instead was mainly walking. He exhibited this irritation by barking and spinning, and then by an attempted drive-by bite. Brady is especially adept at the drive-by bite.

Except I shut him down. Hard.

I immediately got pissed myself, informed him we were done, grabbed him by a bit of his ruff and out of the ring we walked. It may have looked harsh to some, but I’ve found now this is the only way I can get across to Brady that these drive-bys are totally not acceptable.

I was pissed too because I really wanted to run the course. At least I got to run it with Youke.

Some Baileys in my coffee helped me think about Brady’s choices too.

I guess Brady did consider his options when I left him in the car for a while, because when I went to get him for our next run he was happy, sassy, but very much willing to work with me. We then had our best run of the weekend, smoking a course in under 16 seconds. 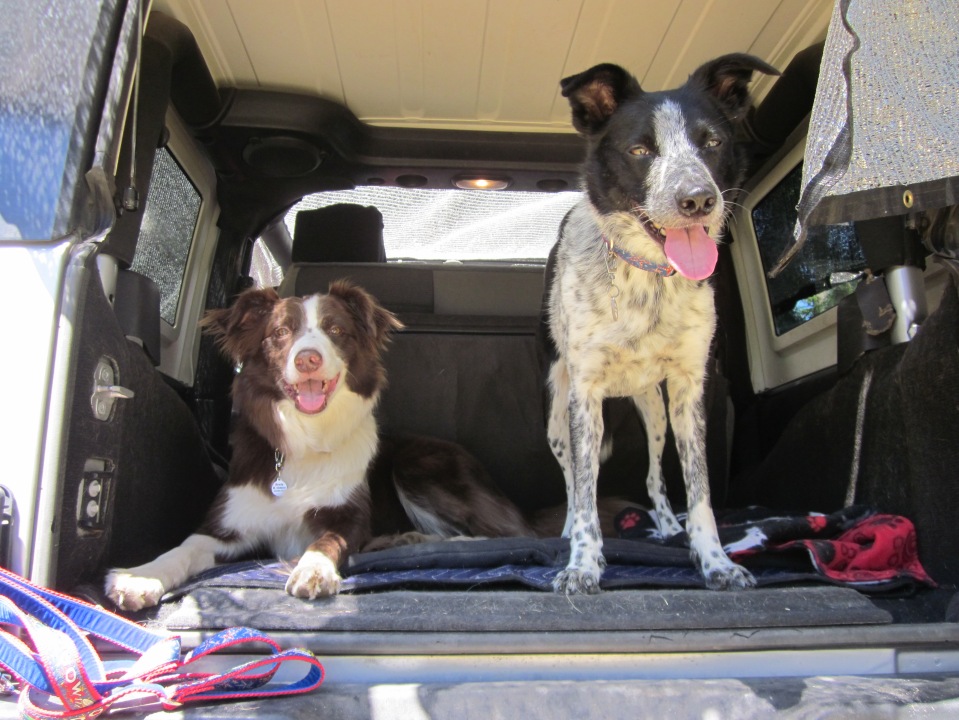 It was kind of nice to be just hanging with the boys.

Youke isn’t opposed to hanging with his brother, but Youke sometimes wishes all the things could be just his. 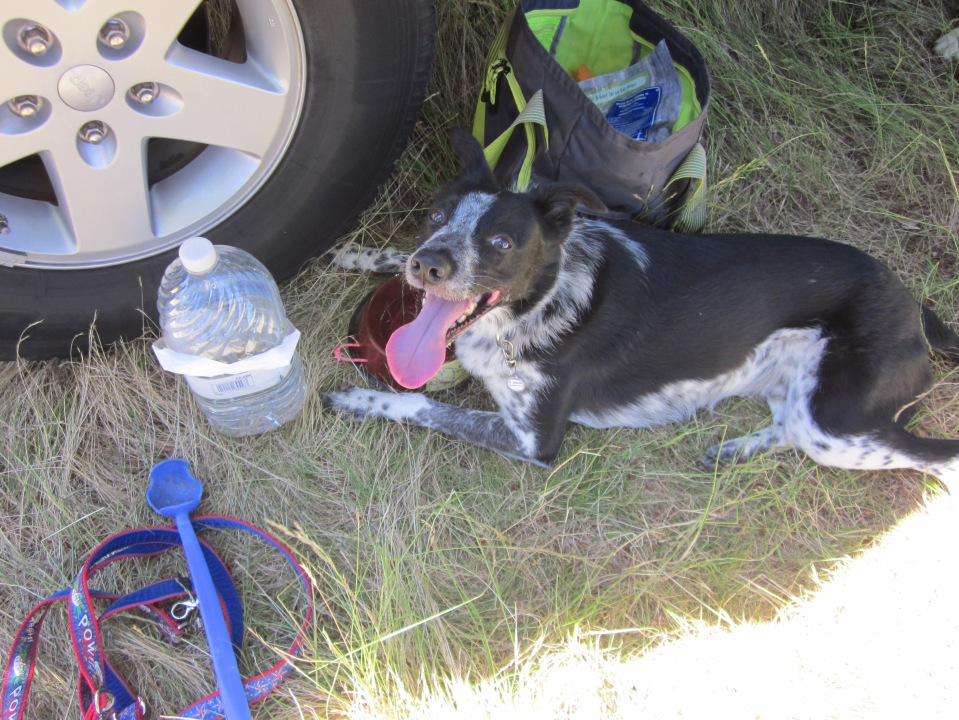 File this under Resource Guarding.