I’ve become sort of addicted to those memory flashbacks from Facebook that tell you what you posted on the same day a year ago, two years ago, five years ago, and more.

Admittedly, some of the past posts seem silly and some are just plain confusing, never mind vague (vague-booking anyone?). However, some of these blasts from the past send me in fits of laughter, and others thrust me immediately back into that moment of pain, frustration or anger.

This week, mid-March, has been especially interesting. In the last few days I’ve been reminded of the wide and swinging pendulum that was my life at this time a year ago.

I didn’t quite know what to expect when I went back east a year ago for a work trip to the corporate office, but I’d seen the writing on the wall the prior September and knew the winds were a-changin’. When the week was over, I stood on a figurative precipice, pondering whether to leap or hang on by my fingertips.

One post nearly left me breathless as I recalled the despair and panic I felt sitting at Logan Airport in Boston awaiting my return flight home.

I’m not a person that is easily scared or intimidated, nor am I a person that often feels completely helpless or at a loss or that life is beyond my reach. I’ve always relied on my wits, or wit at times, my intelligence and my sense of humour, as well as knowing that the person I can most rely upon is myself. But like all of us, I’ve had events in my life that flat out knocked me down for a while. I guess the good thing is that I’ve never completely felt knocked out. Close maybe, but never quite.

For most of my life people have told me that I’m like a rock. I always had a bit of a laugh at that one, as I’ve often not felt like that. And rocks can crack. Still, life has taught me what I’m made of – and it’s much stronger than any rock – and one thing I don’t do is indulge in pity parties.

Last March was one of those close times. I sat in Logan Airport having a near panic attack and called one of my best friends. When I couldn’t get her, I called my youngest sister. Kerry has been on the receiving end now for the first news of two major shitstorm moments in my life. Last March was the second.

The good news is that while I was bawling my eyes out, in a very public place and without nearly the quality of kleenexes I needed, an idea was born. It was a crazy, ridiculous, completely irresponsible idea, and my baby sister was the only one at the time that fully endorsed it.

Once that crazy idea sprouted, it would not die. And the fact that it would not die sustained me for two more months of absolute shit. Every time some new and stupendously dumbass situation came up at work, that idea was my oasis in the desert and I would revisit the dream, turning it over and over again in my imagination and polishing it. By the time I lost my job in May of 2015, it was a tiny little jewel without a setting. Or a tiny little green sprout in a desert that had sucked me dry.

The idea would not fully spring up and become a tiny flower for six more months and I can’t quite say it’s fully blossomed. But it certain has the potential to be a vibrant and colorful flower.

I suppose that’s how most small businesses start. 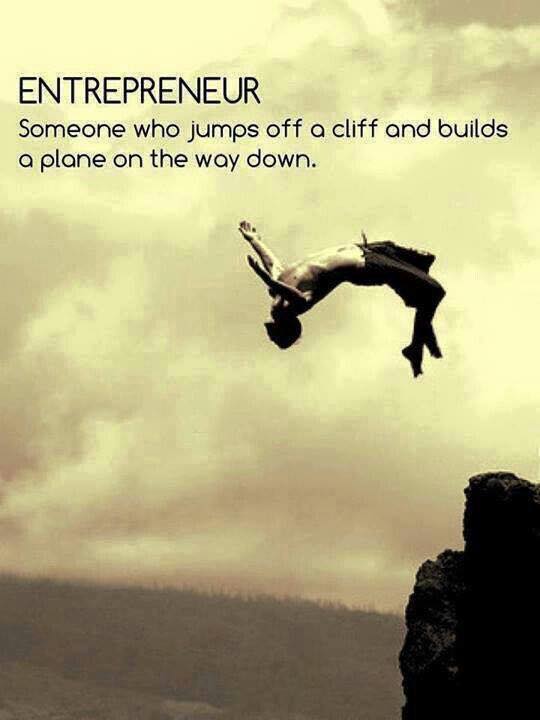 So while I cringe a bit when I see those “on this day” reminders from a year ago, I am also reminded that there have been – and most likely will always be – moments of levity provided by my dogs. Like this one, which is from exactly a year ago today:

“Doing blind crosses are not for the faint of heart. Eventually, doing one is going to bite you in the ass. Or, get you bitten in the ass. Or maybe somewhere else …

Today’s trial highlight (and maybe the trial highlight of my agility career to date), was doing a blind cross at a tunnel as Camm aka Little Black Speeding Bullet was traveling at warp 9 through said tunnel, only to find the Little Black Bullet suddenly BETWEEN my legs. By the time my slow brain registered what had happened, she was already through my legs and speeding toward the next obstacle. But my body somehow registered the fact that 1) a little border collie was running between my legs out of a tunnel, 2) allowing for involuntary scream due to surprise and fear of stepping on little border collie, 3) little border collie may or may not have taken a swipe at my innermost thigh, and 4) agility spectators and people I will see at most future trials had erupted in laughter. Of course, not a single video or photo of the incident.” 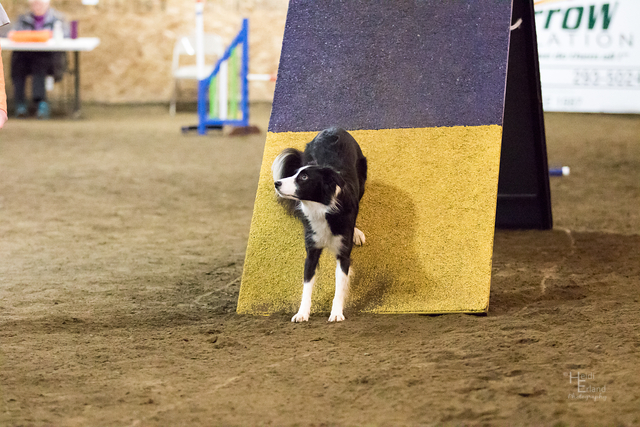