This is Your Captain Speaking 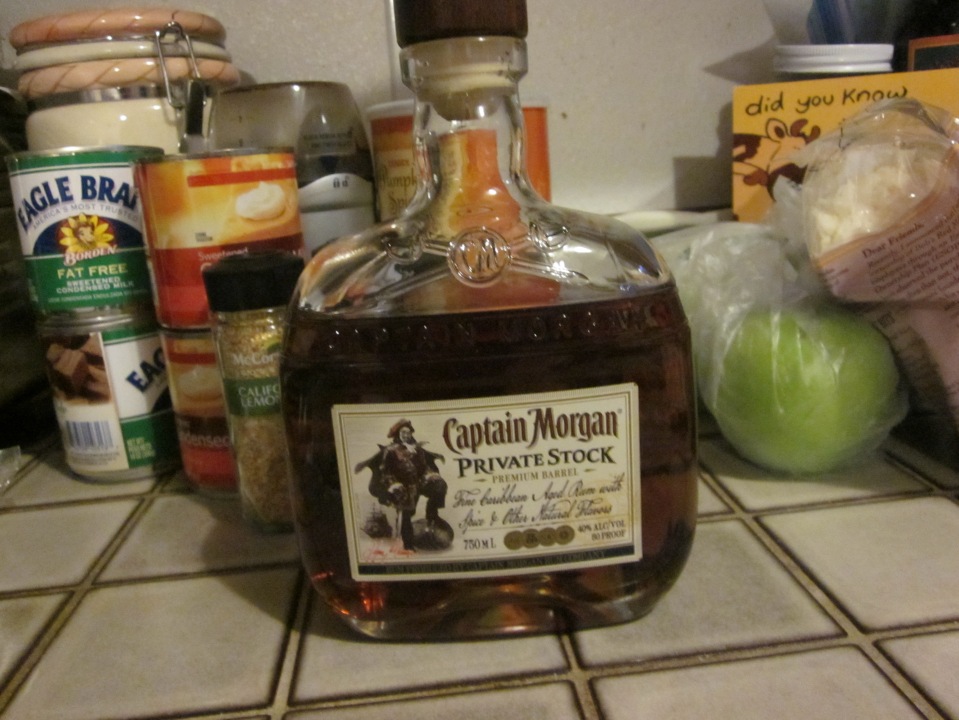 Nothing like a little rum and eggnog to take the edge off the holiday stress. Okay, make that a lot of rum and a little eggnog.

True confessions. I hardly ever drink, and when I do I’m a social drinker. Basically that means I really only drink when in the company of others. Don’t get me wrong. I enjoy the occasional libation and pretty much every single inhibition I have falls away under the influence of alcohol. Which explains so very many questionable decisions of the past. Plus, I’m hysterically funny and my sense of humour is even drier in the presence of alcohol, but I guess every drunk pretty much thinks that.

I found The Captain staring at me from a store shelf today. I think there’s still a bit of some old Captain in my pantry. (Yup, there is, I checked). But this Captain is special. Reserved and private and all. As in exclusive. Very appealing to my inner snob.

Also very appealing to my pissed off self. I was feeling pretty pissy due to the very poor driving continually exhibited here in Washington State.

I find it quite ironic how Washingtonians get all pissed off about California drivers and continually badmouth them. Oh, is that because they’re better drivers?!! Seriously, sometimes I think the worse drivers in the country reside here. I don’t know how most of these people get their driving licenses. Hardly a day goes by when I don’t see some idiot making a left hand turn, from the far right lane and crossing at least one lane of traffic to do so. Or the ever present slow driver who thinks it’s perfectly acceptable to drive 50 mph in the fast lane on a three- or four-lane major interstate. I always want to slow down and yell out the window asking if they think they bought that real estate.

But lately my pet peeve is merging behavior. I swear no one here understands how to properly merge into traffic.

And it was such an incident that set me off today. Some stupid woman driving 35 mph on I-90 trying to maneuver into the exit lane onto an interstate road. And I happened to be stuck behind her.

She had plenty of opportunities to merge into the lane for the exit, but apparently, for the sake of being that many more cars ahead, she opted to continually move ahead, at a whopping 35 mph, to try to get a better position ahead. Meanwhile, I could not move out from behind her as the other cars of on the highway were doing the legal 70 mph.

So that pretty much set the tone for my trip to the grocery store to pick up some last minute ingredients.

I wrote on Facebook early this week that the best time to go to the grocery store on Thanksgiving week was 9 pm. And it was. The store was practically empty. Silly me though for not making an actual list as I found myself needing to go back. I’m here to tell you that 3 pm on the Wednesday before Thanksgiving is not a good time to grocery shop.

Especially amusing to me, snarky, sly bitch that I am, was the trip down the baking ingredients aisle. I love this time of year, watching those who clearly have absolutely no knowledge about baking and cooking perusing the shelves and maneuvering their way through. I think this may have been the first year ever in which someone didn’t stop me and ask a question about something. Perhaps my lingering road rage face warned them off?

Anyway, I had a very specific list that I did not intend to deviate from. But then I saw The Special Reserve Captain and right next to him was eggnog.

Once I made it through the checkout lane and then drove the agonizing half-mile back to my house, the first thing I did – after of course unloading the dogs from the jeep and bringing in grocery bags, was to uncork The Captain and pour his velvety smoothness into a glass.

I admit it. I drank pretty much a shot straight from the glass. Fuck the eggnog part. Perhaps it’s because I hadn’t eaten anything but a cup of yogurt in the morning or because my blood pressure was up, but The Captain slunk down into my throat like liquid gold and burned into the the pit of my stomach. It took about 3.2 seconds to feel the glow that is the magic of The Captain.

Instantly I forgot about that stupid woman in I-90, forgot about dissing all those faux bakers at the grocery store and even forgot the dude staring at me and the four dogs on our romp-about earlier.

Most conveniently, The Captain has helped to inform me that while I should be prepping cranberry sauce and baking a couple of pies, despite the impending darkness, I really have all evening to accomplish those things and should instead be thinking creatively, and looking at cute dog pictures. 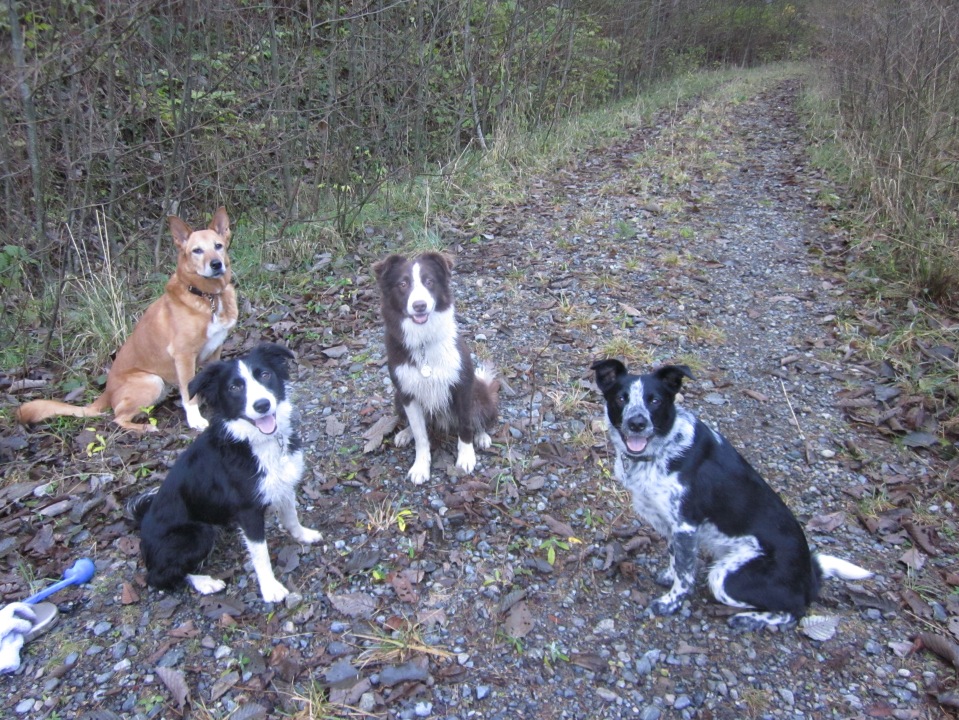 JaYoBaCa wishes everyone a Happy Thanksgiving!

← November
A Ball for the Win →

2 Comments on “This is Your Captain Speaking”