My Puppy Is Naughty 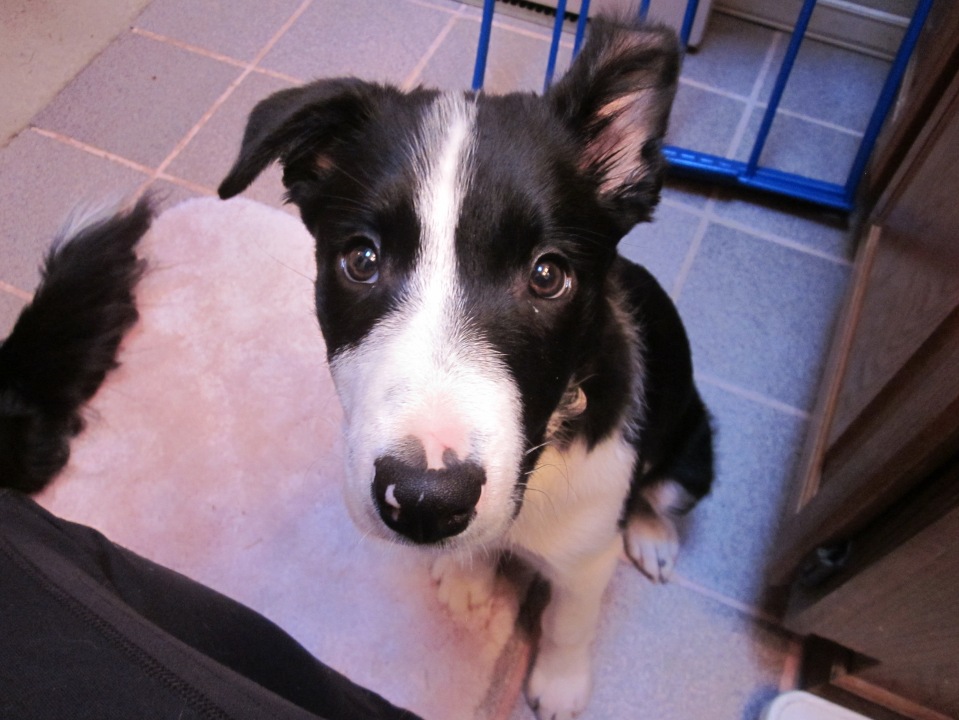 Rhys actually not being naughty for like a millisecond.

I have a very naughty puppy. Naughty puppies are completely normal. However, depending upon who you talk to, naughty is not nice.

Give me a naughty dog over a boring run-of-the-mill couch potato any day of the week.

Granted, I sort of have a thing for naughty. If they have a gleam in their eye and a mischievous expression, I’m in love.  That goes for men too, but I digress.

The Naughty is very strong with Rhys. Very strong. I was warned that it would be, which is one of the reasons I jumped at the chance to take him home.

Apparently nearly nine years blurs and fades the memory because I’ve said for years how Youke was the best puppy ever. And he really was a good puppy, but slowly, the memories are coming back. 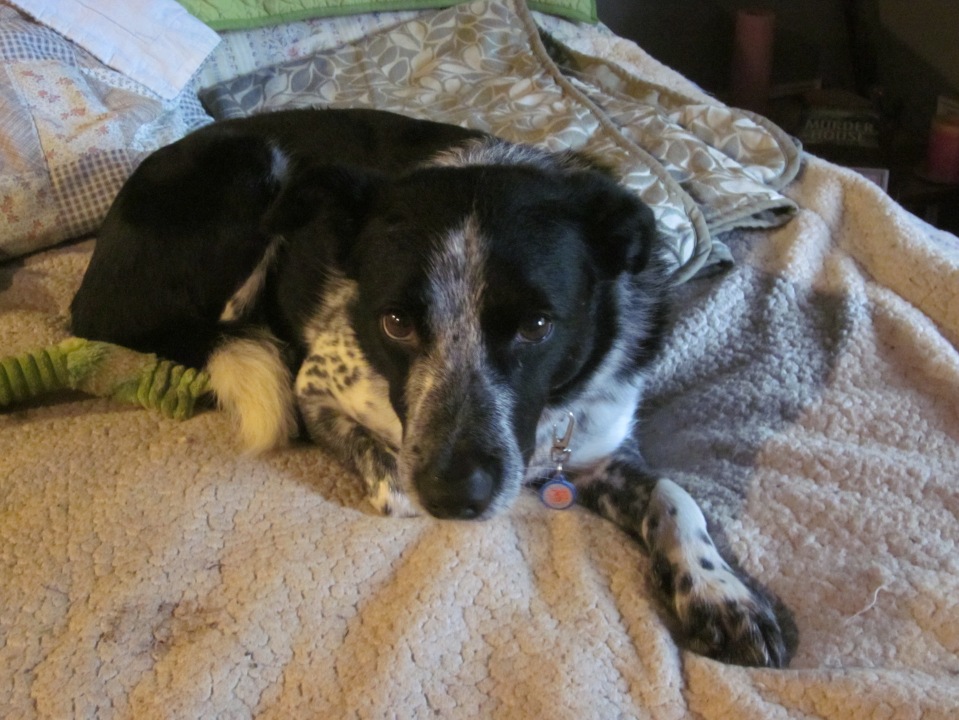 For instance. Last night I was waving my index finger in Rhys’s face and telling him he was “such a naughty, naughty dog.” He sat there and looked unimpressed. All of a sudden I was seized by a flashback. I recalled Youke also sitting in front of me looking rather unimpressed as I waved my nine-years-younger index finger in front of his face and called him “such a naughty, naughty dog.”

In fact, Youke got called “such a naughty, naughty dog” so much that to this day when he hears the word naughty, he plants himself in front of me, gets all wiggly and grins. I really should’ve put the behavior on cue, but the grin is a submissive grin and the behavior is an appeasement gesture, so I felt bad about it.

I’m not getting any appeasement behavior from Rhys though.

Rhys has discovered that paper, in its various forms ranging from copy paper to cardboard and everything in between, makes for a fine meal. Because clearly I’m starving him, even though my new nickname for him is Moose.

Unless I remember to pick up the waste can in the bathroom – which is hard because I’m living with a 15-week old puppy and I’m somewhat sleep deprived, especially over this past weekend – Rhys dives into it to retrieve whatever he can find. Usually it’s a used kleenex.

As my efforts to remember to pick up the waste can and place it in the sink – out of his current level of reach – have been vaguely successful, Rhys moved on this weekend to toilet paper.

Let’s just say I did not find Rhys’s decorative and festive touch of streaming toilet paper all over my bedroom particularly decorative or festive.

But why are you even allowing these things to happen? You need to properly contain your puppy so these things can be prevented.

Seriously, I’m not crating my puppy any more than is necessary and and I already feel bad that he is crated as much as he is with my current client load, or when my sanity is teetering on the edge. Plus, my philosophy is that he’s gotta learn to live in my house – a real house with tempting things, such as shoes and dirty laundry – and I deliberately chose not to spend over a week “puppy-proofing” my house. Because, bottom-line, if the Naughty is strong, there’s no such thing as “puppy-proofing.”

Therefore, and for your amusement, let’s touch upon some of the things that Naughty Rhys has done (or does):

Let me note that I do not believe that my dogs should never hear the word “no.” In fact, I very firmly believe that they do need to hear and understand this word. What they don’t need is to repeatedly hear this word and be allowed to continue partaking in the behavior that is causing this word to be said. Rhys and I now have an understanding that the kitty litter box is off limits. However, to keep the temptation of kitty rocha at bay and to prevent the utter ridiculousness of repeating “no” and therefore making it of no value to either of us, a pet gate has been installed at the entrance to the laundry room.

The following are things that aren’t exactly naughty, but certainly point to a naughty streak:

While naughty, Rhys also does many things that are nice:

Having a puppy is a lot of work at times and especially seemed so this past weekend due to helping out at an agility trial the entire weekend that was almost two hours away and that ended each day quite a bit later than I had anticipated. (Note to self: always keep expectations very low. I do in general have low expectations for most things, but foolishly allowed myself to think we’d end by a 4 pm each day at the latest. Nope.) I signed on for this though with my eyes wide open (even if at times – like today – I wanted to shut them and sleep!). While nearly nine years has dulled some of the memories of Youke as a puppy, I distinctly recall that the first year was exhausting, but also filled with fun. And as a result I have an awesome dog that I dearly adore and deeply trust.

If Rhys turns out to be even half as good as Youke, I’ll be happy.

← Life Skillz
My Puppy is an Angel →

3 Comments on “My Puppy Is Naughty”