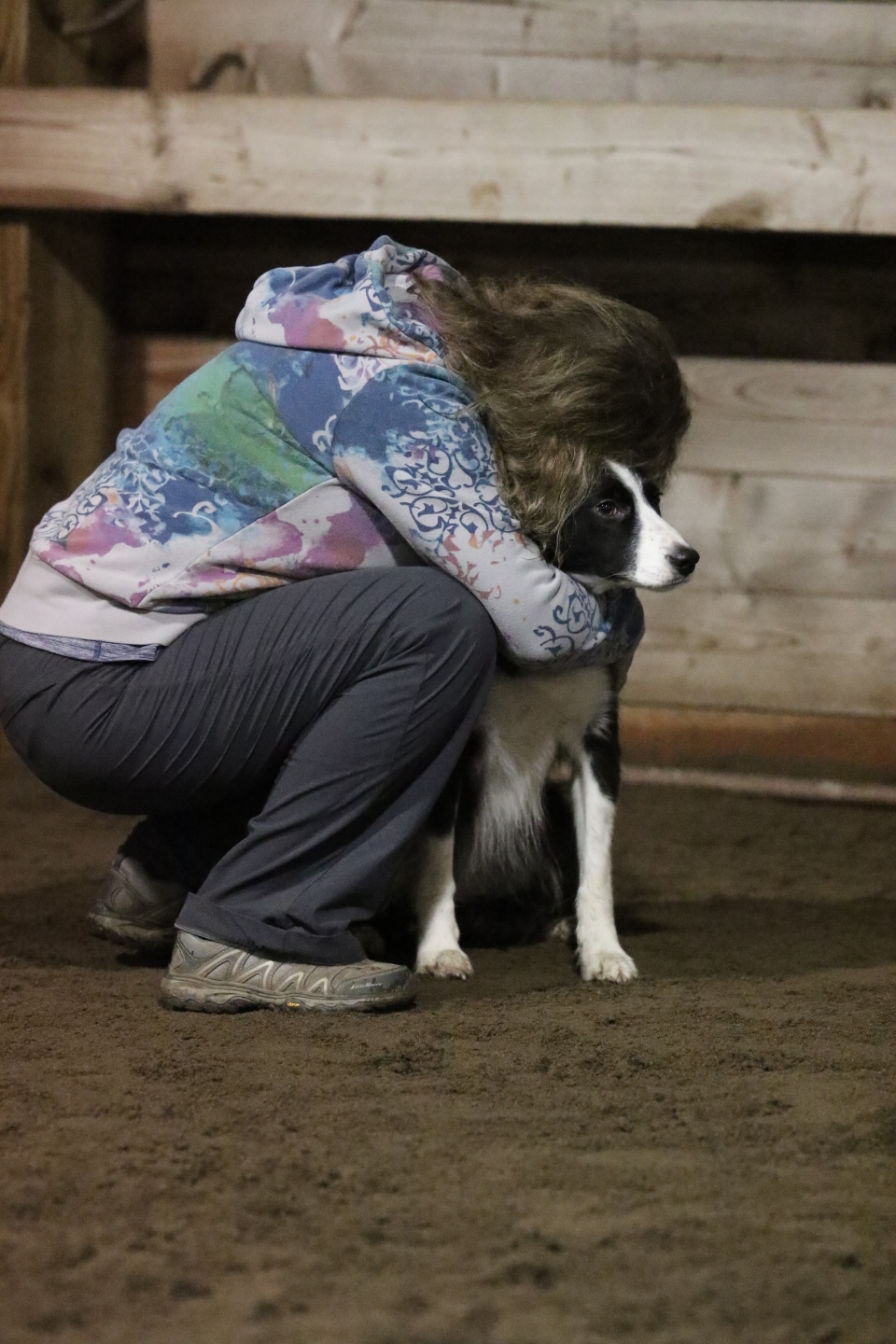 Camm and I at the start line at the Fleet Feet CPE agility trial, December 4, 2016

“The photographer took some pictures of you two. You should check them out,” said the leash runner to me at an agility trial yesterday as I leashed up Camm after we finished our first run of the day.

I was extremely grumpy, tired, cold and sad Sunday morning. I realized when I arrived at the trial site that being there was not really something I wanted to do.

I’d signed up for Sunday only of this particular trial weeks ago, and for the sole purpose of trying to qualify Camm for CPE Nationals next year. Despite the set back of her injury and the months of no competition, we only needed two more qualifying scores in Snooker.

Snooker is a really hard game to play with a very fast dog.

After losing Jasmine (A Good Dog) last week, playing agility was not first-most in my mind. I almost canceled the four-hour trip to Oregon. But then I figured that a night out of the house and in a different environment and thinking about other things might be helpful. I met up with Cheryl and Angie on Saturday evening and enjoyed some good Mexican food and absolutely the best margaritas I’ve had in a very, very long time. I wish I could’ve gotten a few pitchers to go.

But despite the nice evening with friends, and even hanging out with them and with Lisa on Sunday morning, I was still feeling out of sorts. I wasn’t in tears, but I wasn’t far from it either. In combination with the sadness, I was incredibly irritable. Being completely truthful, I was especially irritated with the dogs.

The constant tangling of leash lines while we walked the grounds was suddenly something beyond what I could bear.

Youke, Brady and Camm have also been a little lost this past week and my sadness and tears don’t help.

So when I stepped to the start line with Camm on Sunday for the first run of the day, I felt disconnected. Then I realized she was trembling.

Camm has never trembled at the start line before. She’s not a nervous or stressed dog and she has handled going to even brand new venues with cockiness. This particular barn she’d been to a couple of times before as well. I suddenly understood she was trembling because I was being weird and sad and frustrated for reasons beyond her immediate understanding and she wasn’t able to fix me.

The photographer managed to catch this picture as the bar setters were moving jumps to Camm’s height class.

I crouched down to comfort her and to whisper in her ear how much she meant to me as we waited. I’m not going to lie. I was also seeking comfort from her.

The picture above, as well as those below, are now my favorite agility photos. I have a tons of photos of my dogs doing fantastic, incredibly athletic things. But none of that really matters, to me anyway, if what is in these pictures is missing. 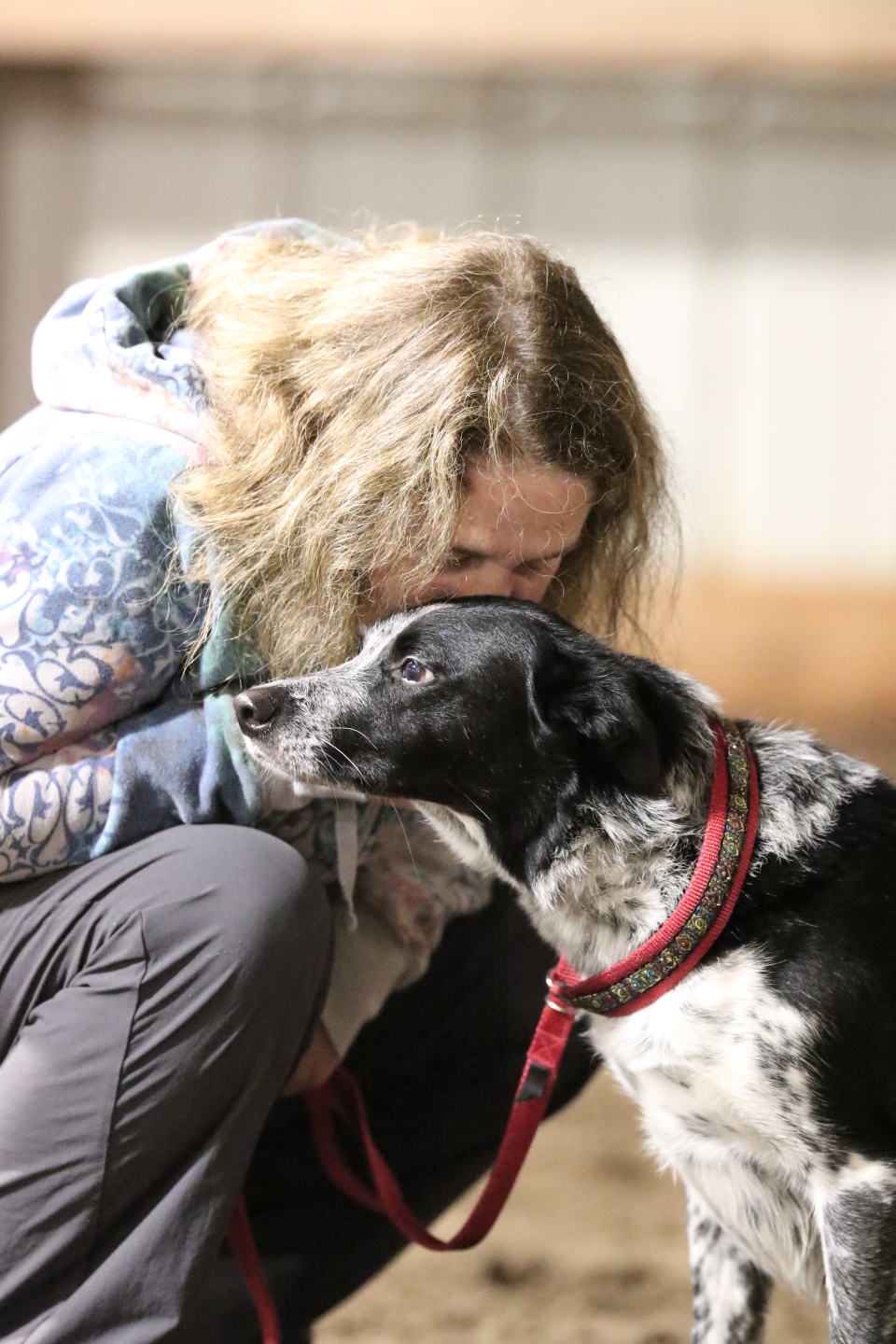 Me and Youke at the start line before a run on December 4, 2016. Youke is wearing Jasmine’s first agility leash. All three dogs each wore one of Jasmine’s old agility leashes this weekend. 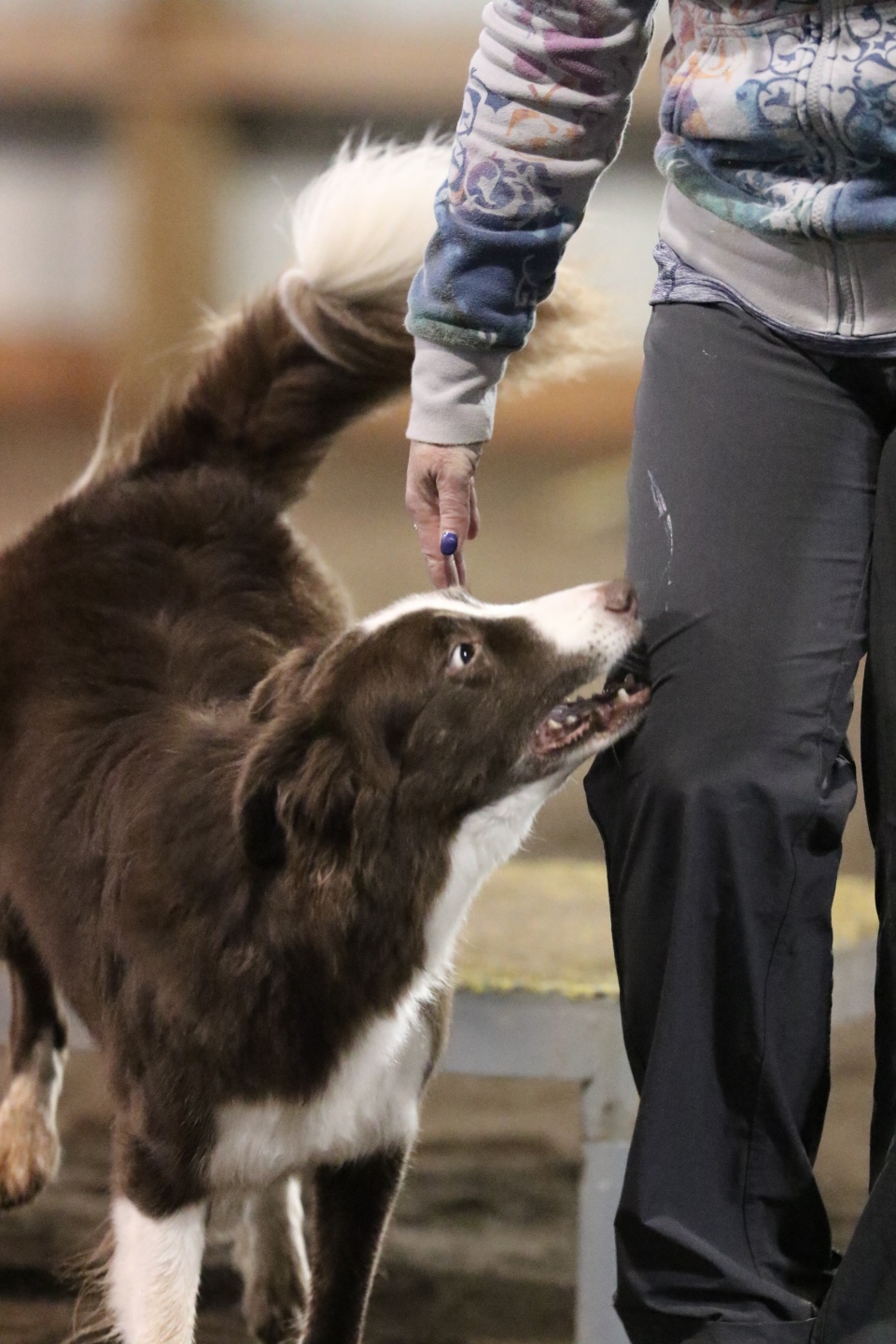 Brady and I at the end of a run on Sunday, December 4, 2016. The picture at the start line with Brady is fuzzy, but I adore this one of the run’s end.