Having a dog is a wonderful.

Having a smart dog is wonderful, challenging and sometimes scary.

Having a border collie is a whole other level.

Saying a border collie is intelligent is like saying Albert Einstein was a kinda smart dude.

Behind this sweet, innocent, beckoning face is an intelligent life force plotting her next move toward world domination. Or at least how to best get what she wants, when she wants it. 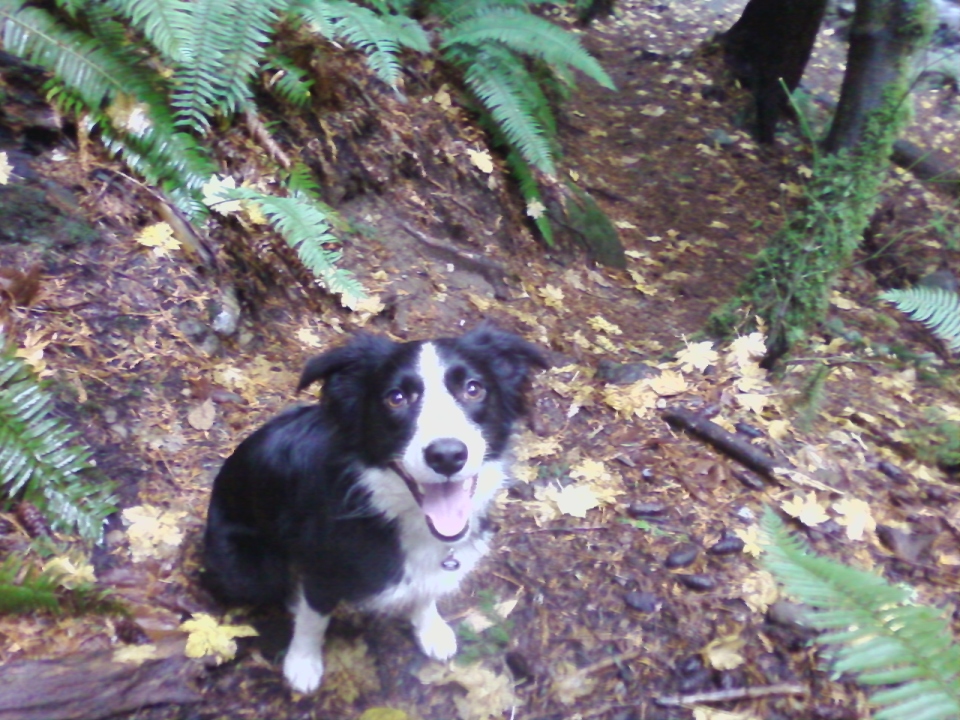 A border collie, at least most of them, truly can outsmart the average human. Or at least the uninitiated human to the way of the border collie. Think not? Then I challenge you to hang around with a ball-obsessed border collie for any length of time.

Camm took it to the next level this evening.

Last week, on our way to see The Relationship Counselor, Camm discovered she could roll down her own window in The Living Room on Wheels, which made her immensely happy and me immensely surprised. There I was, driving along when I felt a breeze where I shouldn’t have. I looked around and saw Camm sticking her nose straight up in the air, air scenting the breeze from her partially rolled down window. Luckily The LRoW comes equipped with child safety locks, which I activated for the first time that day.

I’m going to have to remember that latter bit.

I gathered all four dogs up late today for a quick romp before dark at a favorite spot. They were all incredibly happy and excited about this. The LRoW fairly tingled with electric excitement as we drove there.

I rolled into the parking lot and was pleased to see that there were no other vehicles there, indicating we had the place to ourselves.

I struggled into my coat as I exited The LRoW, pocketing my mobile and my keys as all the dogs barked in excitement inside the vehicle. Or so I thought.

I went around the rear to let the boys out and was greeted by Camm, grinning ear to ear.

Hmmm… how in the world did Camm get out? Had I temporarily entered a fugue state and forgotten that I’d let the dogs out already?

“How’d you get out??!” I exclaimed. (Because I talk to my dogs and fully expect them to answer.)

No answer, but she did pogo stick up and down and lead me to the other side of the vehicle. It was then that I noticed the window was rolled down.

Camm apparently opened her own window when I was parking and jumped out when I got out – all completely unnoticed by me.

And how do I know she didn’t roll the window down earlier? Because I actually looked at the window when I parked. So in addition to being smart, she’s also very fast.

I really hope she doesn’t think she’s taking one of the cars anywhere. I don’t think insurance companies look favorably on canine drivers.