Seven, and Other Numbers

This is a post with a lot of numbers in it, as well as other things.

Not enough hours in the day is a common theme of late. My weekday schedule is packed. I’m actually turning away people, and sometimes juggling a lot of balls. Or rather, dogs. Somebody recently asked me about regular midday visits on Saturdays. I was honest and told her that I need time to spend with friends and with my own dogs and my weekends with no work are those times. Really though, who am I kidding? I mostly want to spend any and all free time with my dogs.

If I win the lottery I’m spending time, virtually all my time, with my dogs. We’d hike nearly every day, we’d do beach trips on a regular basis, and road trips would be more often – in an RV purchased specifically for road trips with dogs. Not a big RV though. A small one. I still have to be able to drive it. And we’re used to sleeping on top of each other – er, on top of me – anyway.

I have a great deal of time to think about these things when I’m walking 17 miles a day.

Yes, I walked 17 miles on Thursday. I walked about 12.5 miles with client dogs, and then because it was a beautiful day and we have light until close to 6 pm, I took my own dogs out on short walks to a neighborhood park.. But because I’m only slightly crazy, not quite certifiable, I broke the walks into two separate walks, one with Rhys and Youke, and one with Camm and Brady.

Someone called me bad ass recently due to the mileage. Nope. I simply have to work and I own four border collies. Being lazy is rarely an option, much as I’d like it to be more often. Although I must confess, my dogs are phenomenal. I hear about these people with crazy border collies that never settle down. That is simply not an option in my household. I think it’s called training. Perhaps even referred to as training an “off switch?” Hmmm.

Fun fact. I’ve walked 271 miles this month so far and there’s still a week left. For those counting steps, mine are 711,070 to date for the month. 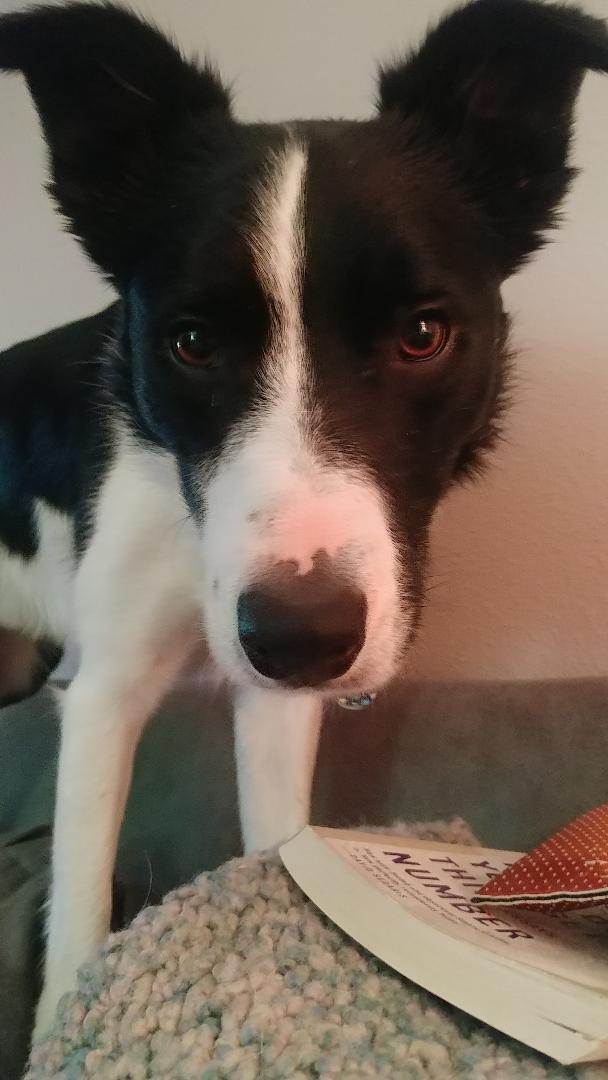 I’ve not had a day where I walked less than five miles since January 19. Ordinarily, and since that was a Sunday, I’d assume I spent much of the day reading on my couch. However, I know for a fact that was the last weekend I did agility with my dogs, so I just didn’t have my tracker on me for most of the day. The only day I know with certainty that I hardly moved was a Tuesday and it snowed. Because snow here cripples the infrastructure, no one needed dogs walked and I opted to stay home and just play in the yard with my four.

I know all of this super fun stuff because I decided to finally keep a log of my daily activity and miles. thus far for February, I’m averaging 12.3 miles per day. Not sure what my lowest mileage has been, but my highest has been that 17-mile day.

Based on the fact that I easily accomplished that 17 miles, and felt great that evening, I’ve set a goal for sometime within the first half of the year to pull a 20-mile day. Pretty sure it can be done if I take my dogs out after a full work day, but more likely, I’ll try to do it on a Friday when my work schedule is typically lighter and then go for a nice long hike with the dogs. The wooded trails are so much more comfortable on my body than asphalt.

I did feel great on Thursday evening and I slept very well. I felt okay on Friday too, except I made a major mistake.

I made a very poor choice in footwear.

I’ve learned in the almost five years I’ve made walking my living that footwear matters. It matters a lot. I’ve learned the lesson painfully. After trial and error, and a lot of dollars spent, I know what works for me and I know that spending my hard-earned money on quality and something that works is very important. I’ve also learned that just because I have almost never in my life prior to the last five years worn a pair of shoes out – or so I thought – doesn’t mean it doesn’t happen. One of my major life lessons from the past five years is that replacing shoes is important. Tracking my miles shone even more light on this necessity.

Typically, once my regular weekday walking shoes are wearing down, I stop wearing them for everyday and make them my agility training shoes. That way I don’t care when they’re covered in hog fuel or arena dirt.

On Friday morning, I wore one such pair of sneakers to my agility lesson with Rhys. Despite my miles from the day before, my legs and feet felt great. I was in a rush when I got home after my lesson with Rhys as I had an atypically busy Friday with clients. Usually, I switch out shoes, but this time I did not. I had a nano-second of thought forecasting that I would regret this decision. That thought bubble was huge by the end of my first two client walks, one of which was a 60-minute session. I had two other 60-minute sessions with other client dogs still to come. By mid-afternoon I was vowing to keep an extra pair of good shoes in my jeep for days when I made stupid decisions.

When I got home last night, my left shin and ankle felt as if someone had whacked me with a baseball bat. It was only marginally better this morning, having subsided to a dull ache that wasn’t noticeable unless I was actually upright and walking. Or driving a jeep with a stick shift.

I took Rhys with me to my first visit of the day bright and early this morning. The dogs are ones he knows and has been friendly with in the past and I figured he could run around with them for a while and then I’d take him on a quick stroll before heading back home. Later, I thought I’d take the other three for a short hike, or if it wasn’t raining, I’d do another one-on-one with one of them.

After I fed my client dogs and assured all was well with them, I let Rhys out of my vehicle to join them. However, Rhys is a full-fledged adult border collie now and all he wanted to do was hang with me and maybe play Ball, with me. This is actually incredibly endearing and makes me happy. We had stopped by at a small local dog park the other day and Rhys was not one iota interested in hanging out with other dogs. He wasn’t rude and he allowed greetings, but he made it quite clear he wasn’t there to play with them. He wanted to sniff stuff, and then hopefully do something interesting with me.

After I finished up with my clients, I drove up to a local county park that is quite large and has numerous trails. So many in fact that I still haven’t mapped it all out in my head. Rhys is needing to spend more time on leash of late since he’s made some poor decisions lately. Rather, he’s made decisions that are super fun for him and not so delightful for me. In fact, they’re been very stressful for me.

I clipped Rhys to a long line and I figured we’d do a loop that I was very familiar with and that wasn’t too long because my leg and ankle were starting to burn as soon as we started off on our walk.

It started drizzling and between the drizzle and the early hour, we’d not really seen or heard anyone, so I decided to venture right instead of taking the known left at the fork in the road.

Seven miles and two hours later we got back to the car. Never be afraid to get lost and to keep exploring as eventually all roads lead to somewhere.

After a bit of a nap at home so my leg would stop pounding, I took Camm with me for my next couple of visits with the intention of taking her on a short walk too.

That short walk ended up being four and half miles of exploring a place I’d never been to before, and then coincidentally ending up in the very same county park I’d been at in the morning with Rhys.

The best girl to go exploring with

I love hanging out with my four dogs and being entertained and entranced by the dynamics between them and involving me. I’m fortunate in that they are great to hike with as a group and that I have options for places to take them as a group. But I also like spending one-on-one time with them and I think that in a multi-dog household it is important to carve out that time to do this on a semi-regular basis. I often break them up into twos and do things with them, or I’ll take a single to an agility lesson, but it isn’t often that I take just one of the dogs with me for a hike or a long walk.

Based on how happy they were to be exploring today and how tired they are this evening, it was totally worth that extra effort.

← Co-Workers and Trigger Stacking
All About Camm →